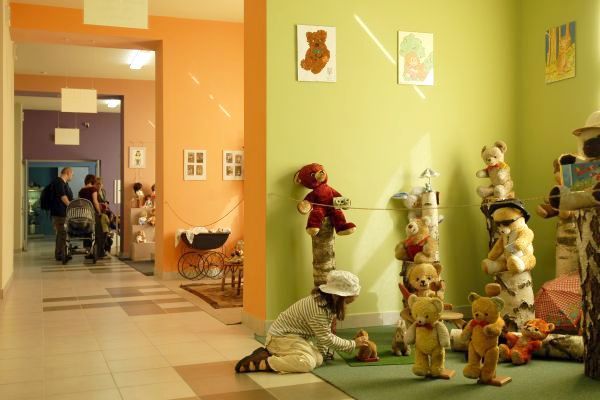 Dolls, toy soldiers, puppets, model aircrafts and toy cars – the greatest collection of toys in Poland is presented in the Museum of Toys and Play in Kielce. This is an attraction not only for the youngest.

The most precious part of the collection are the historical toys, among which there are e.g. dolls from the turn of 19th and 20th C., toy soldiers from the 19th C., German miniature sewing machine, doll rooms and furnishing, foreign and Polish toy building blocks. The oldest showpiece is a German wax doll from the late 18th C. The museum is also in possession of interesting permanent exhibitions, such as historical and folk toys, dolls from all over the world, model cars, aeroplanes, boats, railway models and theatrical dolls. Presently, in a new, representative residence, there are also more modern collections of electronic toys, a playroom and a library. The courtyard of the museum is often used as place for outdoor events and a playground.