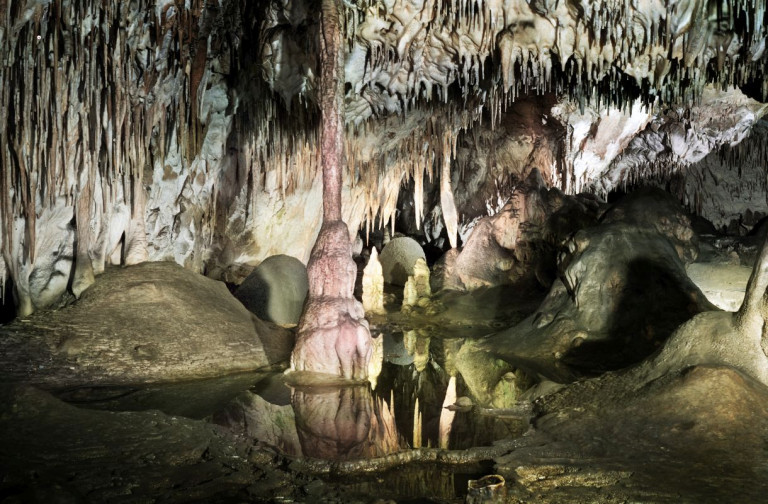 The Paradise Cave (Jaskinia Raj) near the town of Chęciny is one of the most famous tourist attractions of the Świętokrzyskie Region, and one of the most beautiful karst caves in Poland. A trip to the cave can be an amazing experience for children. It can be visited without special skills. The route is electrically lit and designed to explore by tour groups.

The Paradise Cave is a typical karst cave developed in limestones. The corridors of the cave were produced in the Middle Devonian limestones, which are approx. 360 million years ago formed on the bottom of a shallow sea. The development of the cave occurred in several stages, mainly at the end of the Tertiary and Quaternary.

The length of the tourist route is 180 meters long and starts in the pavilion, where a museum exhibition is organized. You can see here flint tools used by Neanderthal man who lives around the cave 50,000 years ago, and the remains of prehistoric animals – mammoth, woolly rhinoceros, cave bear. The museum has been reconstructed Neanderthal family camp with three life-size figures. In the chambers of the cave you can see the huge boulders, which broke away from the ceiling, hundreds of stalactites in various stages of development and stalagmite columns, the walls of numerous fossils of corals.